In a career spanning four decades, guitar virtuoso and composer Eduardo Niebla has been acclaimed as one of the most potent forces in flamenco jazz fusion today. And his highly lyrical style, with explorations into Indian, Arabic and classical music, has resulted in the most electrifying, brilliant and poignantly poetic guitar playing on the world circuit.

Since 1974 Eduardo has made 23 albums of his original compositions, recording for BASF, EMI Odeon, Venture Virgin, Jazz-Point and Riverboat Records. Latterly Eduardo has produced his albums at his own recording studios including his latest CD “My Gypsy Waltz” which he launched to acclaim at Celtic Connections Glasgow and the Queen Elizabeth Hall London:

“His latest album demonstrates his fluid, technically brilliant guitar work… and the standout track is the 18 minute India, a series of meditations on poverty and resilience, in which lyrical, drifting guitar passages are matched against rousing interplay with Srikanth’s violin… the exuberant title track…(and) the thoughtful and lyrical Rosie is another reminder of Niebla’s exquisite guitar work.” (THE GUARDIAN)

Eduardo is currently recording his new album, his 24th, due for release this year. This features several new Festival commissions, including pieces for guitar, string quartet and choirs. Over the years Eduardo has been commissioned to write music for films, documentaries and plays, including for the BBC, as well as collaborating with writers and poets including Fran Landesman, Mike Horovitz and Ian McMillan .

“Eduardo – virtuoso? Inventive improviser? Yes and yes. And creative composer too. Writer of beautiful melodies, great grooves… he cast a deep, engrossing spell over the audience which transported them to other places, to the distant past, to India, Arabia, North Africa, Spain – tracing the link between modern Flamenco and the ancient music of India. And then on to the New World, to South and Central America for the rumba. At the end of the concert he thanked the audience for having been present while the band “searched for these deep places in the music.” Believe me, they found them.” (LONDON JAZZ)

After all these years of touring and acclaim Eduardo always stays true to his humble roots and performs with integrity and passion that is Eduardo Niebla:

“No recording can do full justice to the thunderstorm of this musician in full flow – deep booming chords interspersed with lightning percussive effects… his language is full of hot, dark, Mediterranean passion.” (Scotsman). 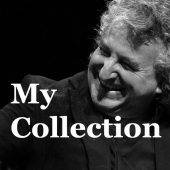 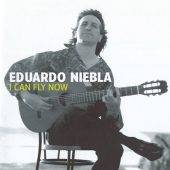 I CAN FLY NOW / Flac tracks

I CAN FLY NOW / Wave tracks 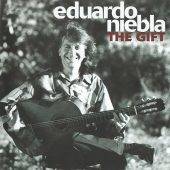 LIGHTS FROM THE INNER SIDE / Flac tracks

LIGHTS FROM THE INNER SIDE / Wave tracks 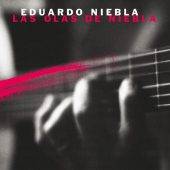 LIGHTS FROM THE INNER SIDE

I CAN FLY NOW

This website uses cookies to improve your experience while you navigate through the website. Out of these, the cookies that are categorized as necessary are stored on your browser as they are essential for the working of basic functionalities of the website. We also use third-party cookies that help us analyze and understand how you use this website. These cookies will be stored in your browser only with your consent. You also have the option to opt-out of these cookies. But opting out of some of these cookies may affect your browsing experience.
Necessary Always Enabled
Necessary cookies are absolutely essential for the website to function properly. This category only includes cookies that ensures basic functionalities and security features of the website. These cookies do not store any personal information.
Non-necessary
Any cookies that may not be particularly necessary for the website to function and is used specifically to collect user personal data via analytics, ads, other embedded contents are termed as non-necessary cookies. It is mandatory to procure user consent prior to running these cookies on your website.
SAVE & ACCEPT